After five decades of birthdays, Christmases, weddings, and baby showers, I can say without fear of contradiction that I am a terrible wrapper.

But in no way, shape or form, anything close to this:

This lack of skill and dexterity, long forgiven or simply ignored by my nearest and dearest, made absolutely no difference to me until I became a cheesemonger. Suddenly, I found myself wrapping “gifts” of cheese six, eight, even a dozen times a day.

“You do okay until you get to that last fold,” my boss said as he watched over my shoulder. “Then something just goes wrong.”

I practiced for days with a plastic wedge, which helped. But not all cheese comes shaped like this:

Also, I have yet to meet a hunk of cheese with clean, straight edges. Cheddars, for example, may slice into lopsided squares or uneven rectangles. And don’t get me started on chevre or Capra. Ever tried to wrap a hockey puck?

But here’s where I’m a lucky girl. The folks at Formaticum really get me. They’ve created a video series that covers cheese wrapping from all sides. This fold defeats virtually any wrapping challenge:

And I watch this one when I’m in need of wrapping inspiration:

What’s the big deal about cheese wrapping? Obviously, I want to give customers a nice-looking package. More than that, though, I care about the cheese. It’s a living thing. And the best way to store cheese is in the special paper your cheesemonger uses. It keeps cheese fresh by allowing it to “breathe” and by wicking away moisture that can form as the temperature in your refrigerator rises and falls.

The better I wrap, the easier it is for you to re-wrap.

Truth be told, I just want to do right by the cheese. Because nobody needs to see this happen: 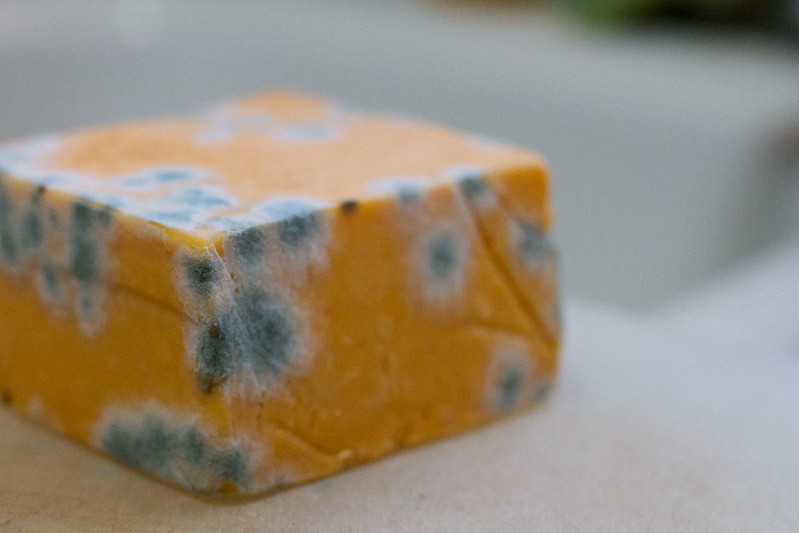 In praise of old goats

When you're lactose intolerant – which I may or may not be – the older the cheese, the less the...